Learn what we are all about

bunq was founded in 2012 by serial entrepreneur Ali Niknam (1981) after he secured the first European banking permit in over 35 years. He set out to radically change the traditional banking industry and was bunq’s sole investor until 2021, financing the company with €98.7m of his own money. This provided bunq with the freedom and independence to build a bank rooted in the wants and needs of its users. In April 2021, their deposits surpassed €1 billion for the first time, having doubled in 2019 and then again in 2020.

In July 2021 bunq announced the largest series A round ever secured by a European fintech. bunq raised €193 million in a deal with British private equity firm Pollen Street Capital, valuing bunq at approximately €1.6 billion. At the same time, bunq also reported its first-ever profitable month. The first investment of external capital will help bunq to further expand across Europe and to continue incorporating M&A as part of its business growth strategy. 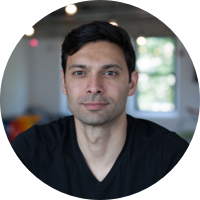 Ali Niknam (1981), born in Canada but from Iranian descent, set up his first company when he was just 16 years old. In his early twenties he founded TransIP, the biggest domain name and web hosting provider of the Netherlands. In 2012 he set out to change the banking industry radically and founded bunq 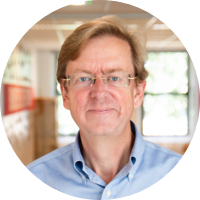 Idzard van Eeghen (1960) is the Chief Risk Officer. Idzard has extensive banking experience and has held various commercial, risk management and general management positions. He joined bunq in May 2018.

Navigate to a media section